Today was the day (And also making it officially a month I’ve been playing!) to see if my plan had worked… I had mail, but I was also expecting something from Wishy! What plan, you may ask? This plan: 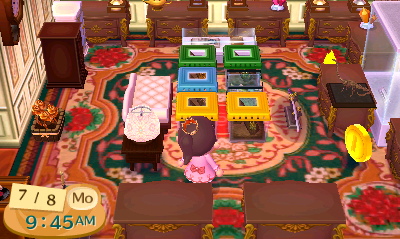 I really wanted to hit 150K and so I decided to look up lucky items and did some late-night catching in a friend’s town. Now, it was the moment of truth by checking the mail… 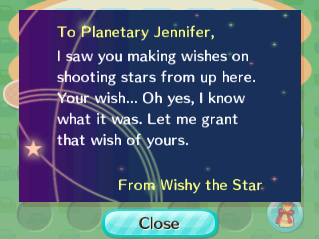 I love Wishy so much. I actually got a 0 Lamp so this was ridiculously close to what I was hoping for (a 9 Lamp) XD And one of the number lamps I still needed! 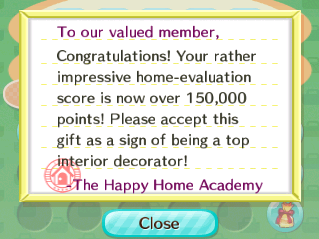 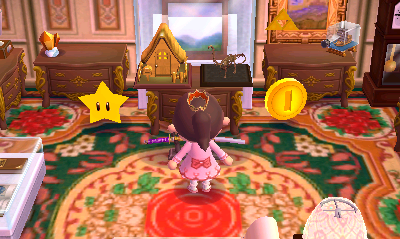 Double yeeeees. Yaaaaaaay. Now I should be able to get the Gold Badge and then I never have to bother with the HHA again! WOO! 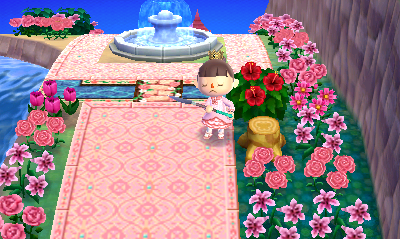 Anyway, today was Jeremiah’s birthday so I made sure to stop by and drop off his present. 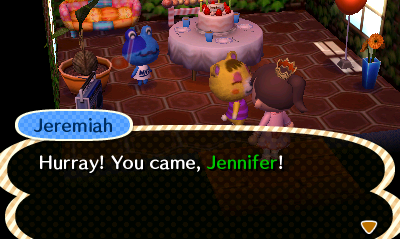 I’m not entirely sure if he liked it or not… I think he did though.

Then it was off to Brewster for my first day of part-time work! I got some coffee first and he asked me what blend I wanted–really threw me off. I picked Mocha, since that is the closest to Chocolate and I’m going to make this taste like hot chocolate 😐 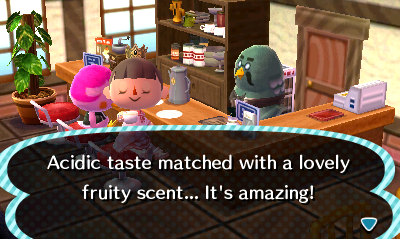 Miranda was also there. 😛 Unfortunately, he wouldn’t let me work right now so I decided to try again later.

On the bright side, the breeding has worked well! I had two pink lilies and a Pink Carnation! No Pink roses though.

While dropping off my fossils at the museum (sadly, still no new ones), I did make a quick stop…

I really love this area. So much. It’s so pretty. 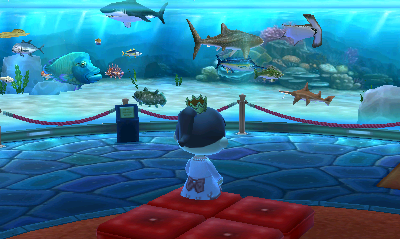 Yay! Even though I already have gold, Silver will be really helpful as then I don’t have to worry about accidentally changing black roses to gold (if I ever change my ordinance or if the flowers do actually wilt–there is still a really rare chance!). It also means I’m halfway to a golden axe now 🙂

During my shop clearing out, I stopped by StreetPass. I had someone new today. I’m guessing another Spotpass person?

I also received a Tweeter and Strawberry Icecream. Kyrs had a pretty nice house so I made sure to order some things.

I gave Cyrus the Large Alpine Table I bought at the Nooklings’ Shop. I figure a large table would be a good way to get a bit more space in the kitchen… 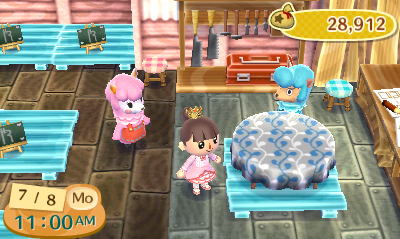 Stopped off at Rainy’s to drop off something for Carina who was over there. We had a catalogging party :3 And I got a bunch of Pink Hydrangea bushes! Yay! 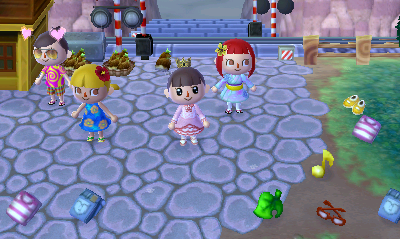 Picking up my table~ 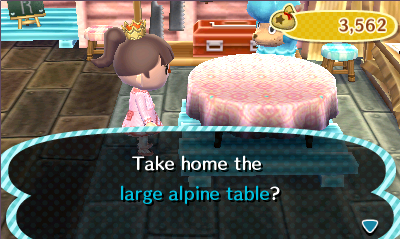 This should give me another slot now… 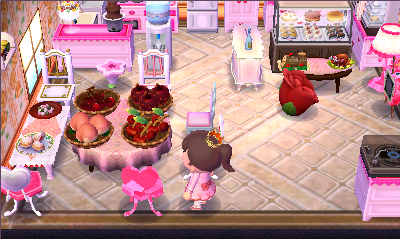 I hope it still looks nice 🙁 I gave the old Lovely tables to Cyrus to re-do the tablecloth so I can give them to one of my other characters. 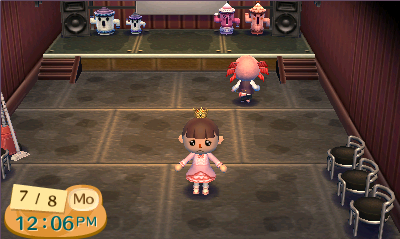 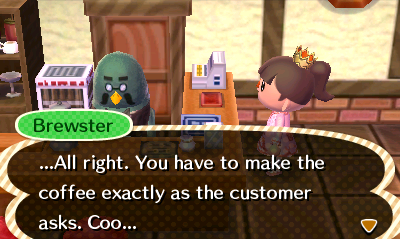 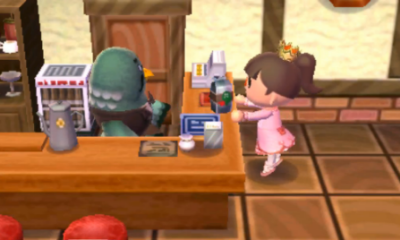 With that, I finished for now 🙂 (although, I’m sure I’ll play in the car…)

I ended up doing just a few things in the car. I picked up my tables: 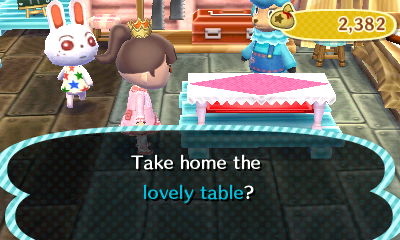 Took a picture with the pretty Sunset: 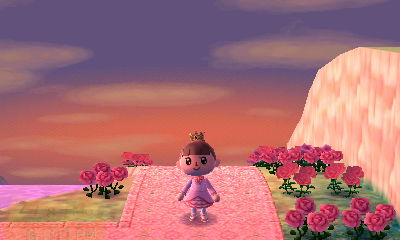 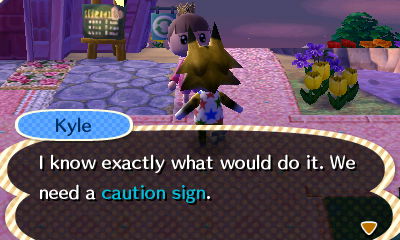 *sighs* I’ve heard mixed things about if you can get multiple requests at once–I swear I have before, but I honestly don’t know. I suppose I could always go through this blog and check but bleh :/ Wish I knew for sure.

Also updated my Dream Village…and then remembered I had stuff on the ground I forgot to pick up. Oops 🙁 (Sorry visitors who arrive before tomorrow) …though, I think the bed may land on them now that I’m looking at it.

Anyway, that was really it today. I didn’t want to do Dream Villages since the internet can go either way here so yeah… I guess I’ll just hope for better requests tomorrow. Or maybe I’ll try the “spam the village with tons of flowers to make perfect already” tip.

Day 8! You Catching a Butterfly 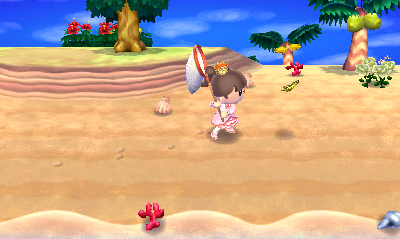