So, first thing I did was hike over to Re-Tail to check the AM price before it changed in a minute. However, on the way, I noticed a certain someone… 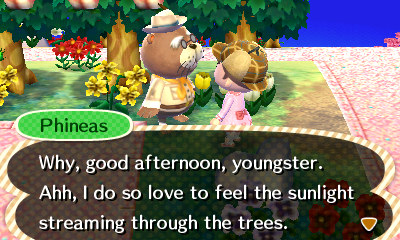 HI PHINEAS 😀 So of course after checking Re-Tail, I ran to talk to him 😛

Eeee! Just the Letter and Weeding Badges and I’ll have one of each 😀

Kyle was thinking of moving on the 22nd, but changed his mind when I told him he could. Bleh. I do think we are good friends, Kyle, but a water pump needs to go where your house is. 🙁 I haven’t actually gotten the request for it yet though so maybe this isn’t so bad… It does mean I’m getting leaving requests though so let’s hope I can get more Public Work stuff done.

It was then off to Brewster’s as I continued my digspot hunt. 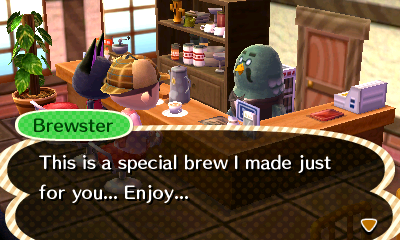 I like how my coffee is actually lighter than Kiki’s. Anyway, I did perfect working for him again today so yay 😀

Attempt 2 at the Alpine Panel: 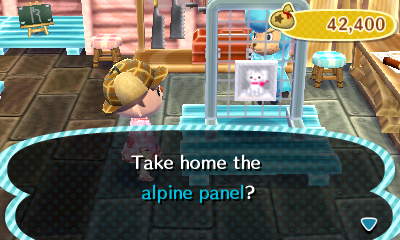 It worked this time!

I have also started Piggy refurbishing: 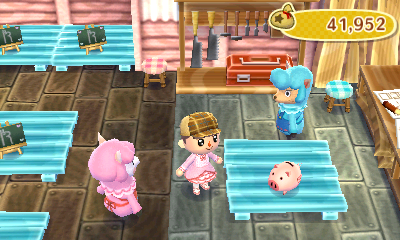 I’m going to have my own little mini farm <3 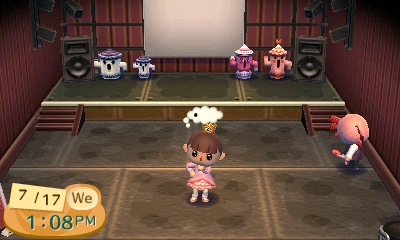 Thought Joke! Oddly, this made me think of Zed.

Anyway, Phoebe suspiciously sold me a scary painting behind the Cafe… so it was time to see if it was real. Plus donate the statue I got from Redd. 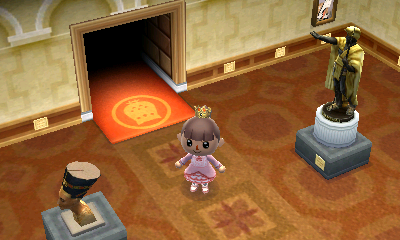 Thankfully, both were real! 😀 (Although, I knew the statue would be) 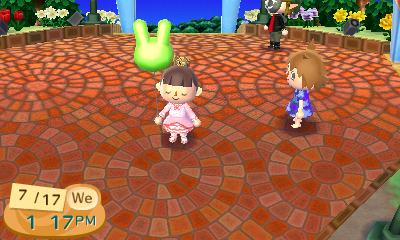 Picking up my first piggy :3 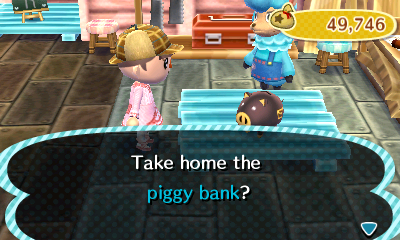 
Picking up the next piggy! 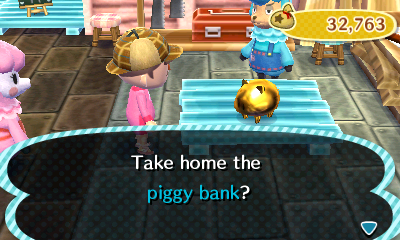 A friend invited me over to catch some things. 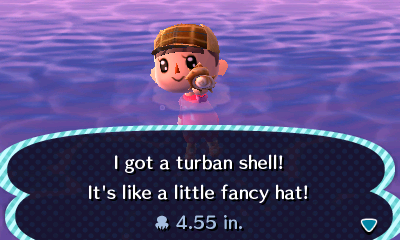 I really love the Turban Shell quote. So cute. 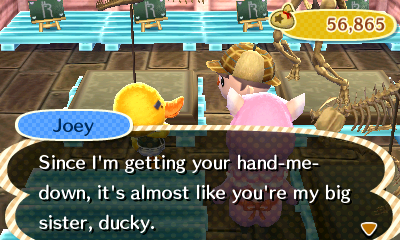 Ruby randomly popped into my house, gave me a Captain’s Monitor, and then left shortly after. 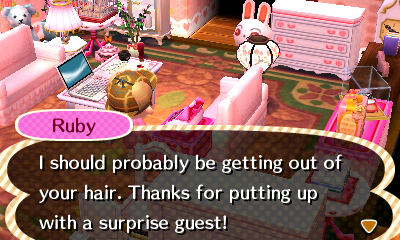 I then stopped at Selaphi’s as she had some stuff for me (Thanks again!). On my way to drop some of it off in town, I ran into Phineas again! 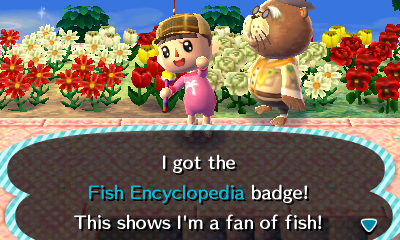 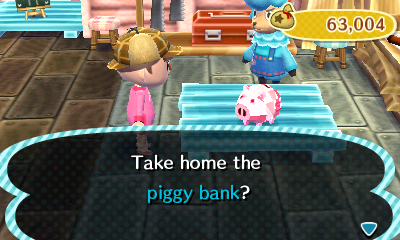 Also, randomly, I’ve had a few friends ask me to screencap their map and card so I decided to screencap mine for the heck of it:
Transparent: 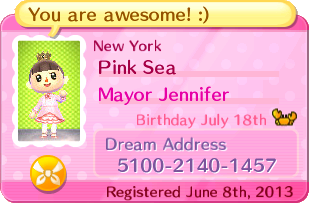 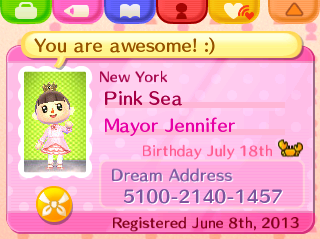 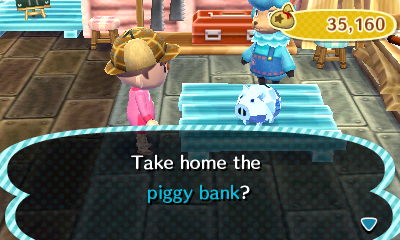 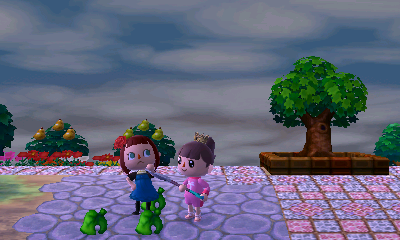 FINALLY got Ruby to request something…unfortunately, an Archway Sculpture which I have no interest in 🙁 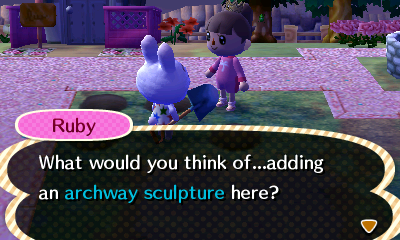 Besides the bridge I REALLY want, she can also still suggest these: Round Streetlight, Illuminated Clock, Illuminated Tree… so 1/4 chance tomorrow ._. Just stinks as it means another day where I won’t be building anything… :/

Picking up another Piggy :3 2 to go after this! 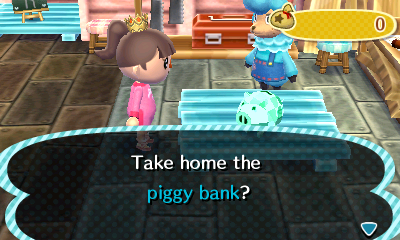 And the next Piggy… Just one more to go now! 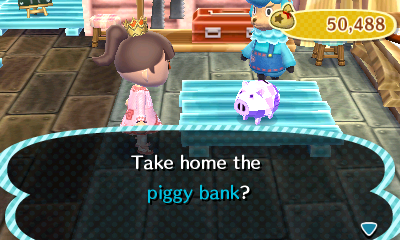 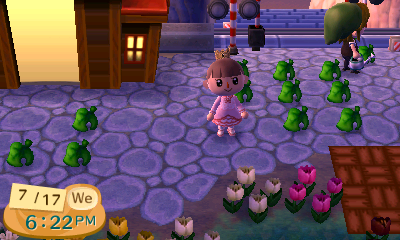 Thank you for all the lovely items! <3 I'm glad I could help with the Mixed Wood set 😀 I also helped Imaginos with his Gracie evaluation. 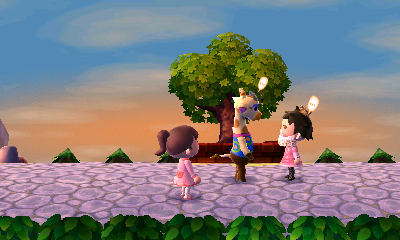 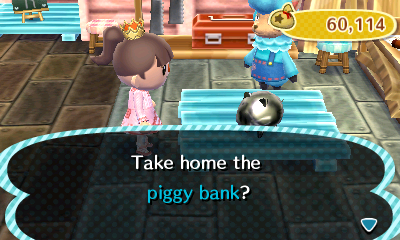 Yaaaaay. And that’s really it. Mostly just item transferring around now @-@ But tomorrow will hopefully be fun.

Edit: As an early birthday celebration (as it is now after midnight), Eclipsed brought over some gifts! 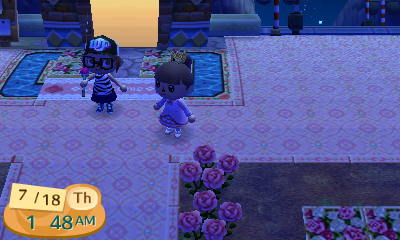 THANK YOU! 😀 Now if only I wasn’t going to be tripping today 🙁 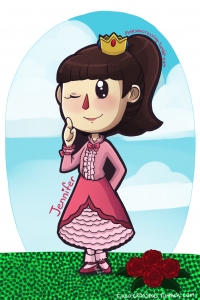 You can commission her as well here :3 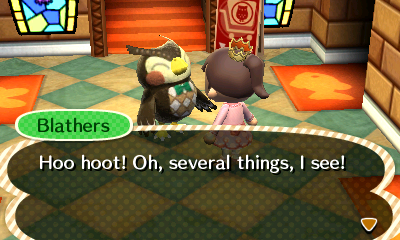