So, I ended up waking a bit late and thus, high-tailed to the gate after checking my mail (Got a pastel dot rug from Jeremiah and a Florence Flash from Ruby) to meet a friend and drop off her suitcase. 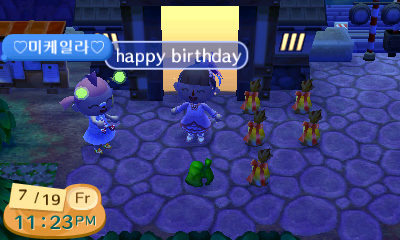 Thank you so much Mikayla for all the gifts! T~T <3

I had so much fun playing games too <3 Anyway, upon getting back to town, my main focus was seeing how my gardening went and if there were any dead trees. 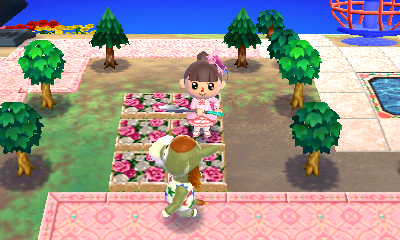 Thankfully, it looks like things are good! …this will look nicer when I have more bushes and the Picnic Blanket unlocked.

While Fossil Hunting, Miranda invited me over to see her place. 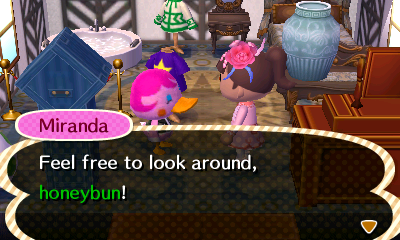 I didn’t stay too long though.

I then went to check with Isabelle and well… 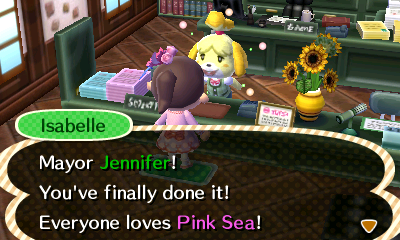 But yes, first… a celebration of the Jungle Gym! 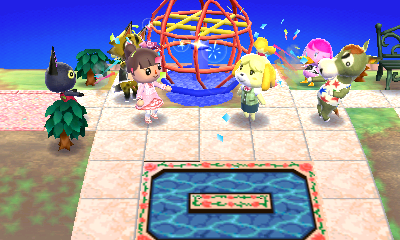 And now, the placed and paid off flower clock… 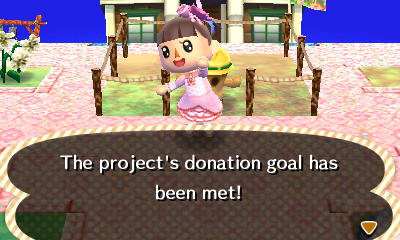 So happy I was able to place it there! I know some people may have waited to see what they’d get requested for the day first (or would’ve done the town hall remodel), but:
1. I will be focusing on Ruby again today and only need the Fairytale Bridge. If she suggests anything else, I’m not building it and the Bridge can’t be built until Astrid moves so…
2. In fact, the ONLY Public Works I can build immediately if they are requested right now are the Geyser, the Flower Arch (it may be too close though–I think it’s far enough away), Picnic Basket, Zen Bell, Statue Fountain, Round Topiary, and Windmill. And I know I won’t be getting the Zen Bell since Rocco is sick and won’t be outside for a while (and he’s my only cranky villager)… Similarly, the Round Topiary I can’t unlock until April because it’s from Weeding Day.
3. As for why not the Town Hall… It doesn’t change the mass or anything–just the design so it’s not something that needs to be done ASAP because a villager could ruin it. I’d rather use it for when I already failed getting something I could place.

Anyway, after shop clearing it was off to Dr. Shrunk’s~ 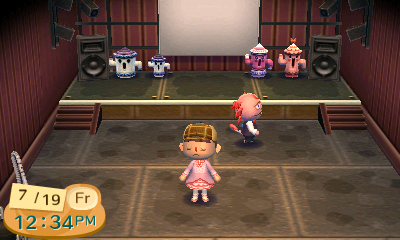 Disagreement Joke @-@ I also worked at Brewster’s which went the same way as usual~ (And Dr. Shrunk was the special customer :P)

After paying off my other character’s houses for the day, it was officially try and get a Public Work request time. So, let’s see…
1. No pings for some reason :/
2. No pings from Ruby again… Astrid asked me about my hair.
3. Ruby thinking she’s psychic.
4. Ruby asked what kind of watering can I like.
5. More psychic powers.

I then ended up catching a scallop so… 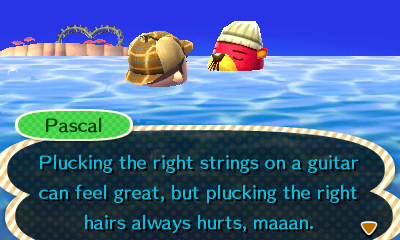 He gave me a Barrel.

At this point, I gave up. I’m guessing getting Perfect Town used up my “unlock new Public Works” today which really sucks :/ *sighs* 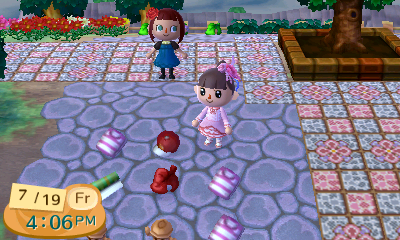 As I wandered around to get ready to do some more landscaping, I ran into one of my favorite NPCs… 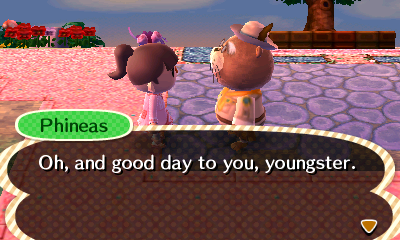 HI PHINEAS 😀 I actually felt I hit certain thresholds so I was wondering when he’d pop up. 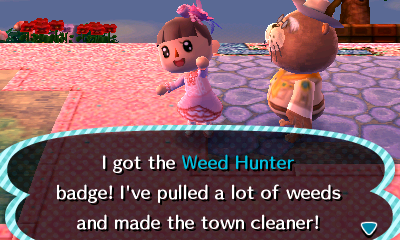 YEEES! Just the Writing badge to go now! I actually feel a bit motivated so I think I’ll go buy some paper… However, what surprised me is that was the only badge he had for me… afterall: 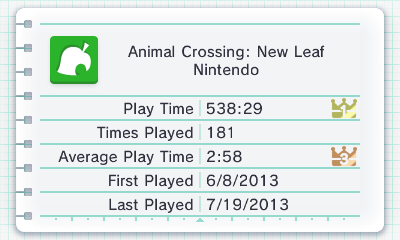 Hmm… :/ That SHOULD be more than enough for the gold playing badge… I wonder why I’m not getting it…

With mail sent off, it was time to head to the island to catch a Golden Stag on this character, Emi, and Seamstry in preparation for the Bug-Off tomorrow. 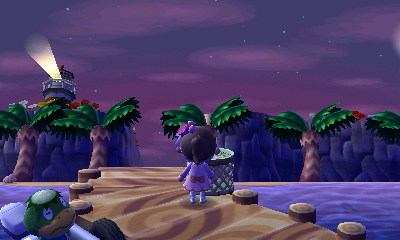 To end it, Mikayla’s lovely dream town–I loved the bit I got to see when I visited so I decided to visit her Dream Village tonight 🙂
Dream Address: 8400-2230-0605 – Somsom Village 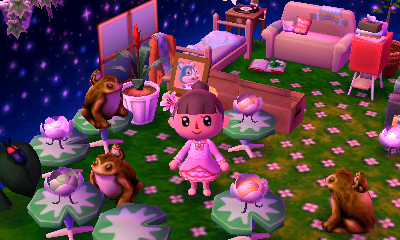 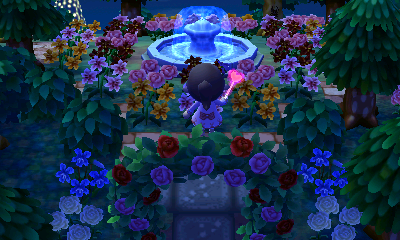 It really makes me want to get better with landscaping. I just have no clue what I’m doing 🙁 Hopefully it’ll come together more once all the Public Works are down.

Also, note to self: Order a Lovely Dresser and 2 Mobiles for refurbishing tomorrow!