And back to starting late again… 🙁 blah. Regardless, my bridge was done so I spent most of my starting just…walking back and forth over it. Thus, it was time for celebrating (well, after working for Brewster and burying a Time Capsule for Rocco): 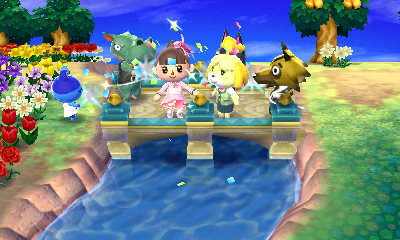 I ended up having Redd today, but since I already have my art wing done, I decided I’d try and find something for my boyfriend. Unfortunately, the only real one was one he already had. On the bright side, it was one I wanted to use it my house so that works. 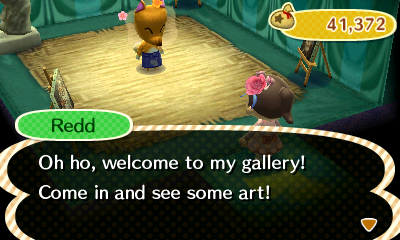 I managed to get a gold ore in my rock today which was my 3rd needed for another piece of gold furniture. Really hoping to get one of the ones I need for my exhibit.

I also had Katie in town. I will probably bring her over to my boyfriend’s town when I visit it later. 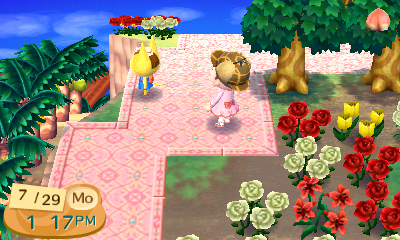 Anyway, after finding all the fossils and dropping off the gold ore, I headed to try and work out the bell placement. This was especially important as I had to make sure nobody could place their house there ever again.

Unfortunately, while trying to figure out bell placement, I was hit with a rather hard slap to the face. There is absolutely no way I can place it in a position I’d be happy with without having to worry about someone moving here again. To be honest, I think even if I placed it right in the middle, someone could still move here. …yeah, they’d still be able to on the top even if the bottom was safe. This just really sucks. Regardless, I placed the bell where I was hoping to :/ I guess I can try placing another reserve sign… the existence of these signs upset me a lot though.

After finishing placement, I was heading to the ATM to get out the bells to pay it off when I was caught by Kiki. 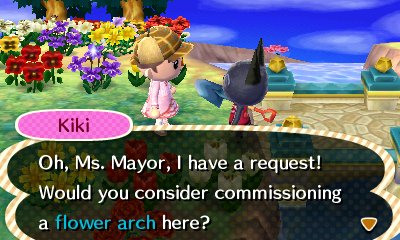 While it’s not a priority thing (which means it’ll be another day on lock-down at minimum…actually, 2 days since now we definitely need a sign here -_- 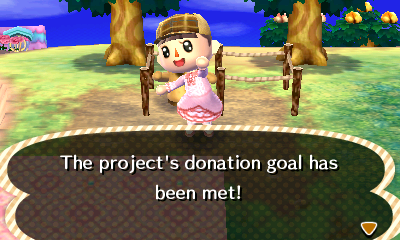 I wish I was nearly as happy as she looks 🙁 As it is, I don’t even think a sign will do the trick. I literally would have to just pray or kill a neighbor slot. 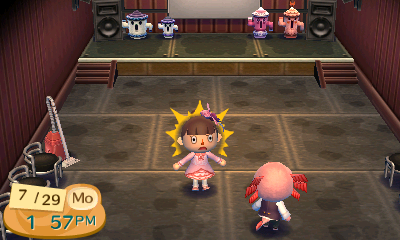 I hadn’t been to StreetPass in a while. I received a Balloon from my boyfriend, a Tweeter from Bellsy, a Pinwheel from my mom, and noticed a new SpotPass person.

I guess this proves Lizards! really is probably someone at Nintendo. Her comment makes me cringe. I also didn’t know your theme showed up on your card… almost makes me want to give it another try. 😛 (Coincidentally, she has the changed Princess Dress and also a pink flower in her hair which is down so we do kind of look like opposites…) With that, it was off to see her house. 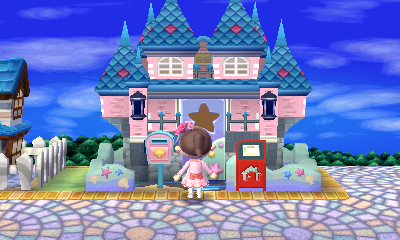 Hmmm… >_> I ordered some things, but I like my house more. *bricked* 😛 Still, you can say Hi to Kate yourself on her twitter! (She is very nice) 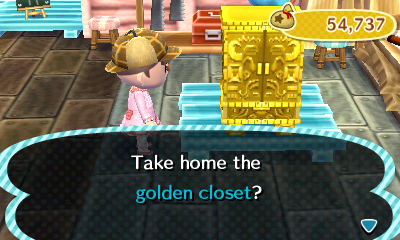 Golden Closet… Unfortunately, not one I needed 🙁 I need the table, bench, 2 chairs, dresser, and wall torch X__x

After finishing on everyone (although, I didn’t feel like playing around much with their rooms just yet), I did a bit of gardening around the area… …I really hope nobody moves there ._. At least nobody should be able to place themselves actually inside the garden… I hope… :/

I then went to check to see if the island had any of the few items I needed. Unfortunately (and unsurprisingly), it did not Dream Address: 4000-2222-7617 – Suffolk Village: 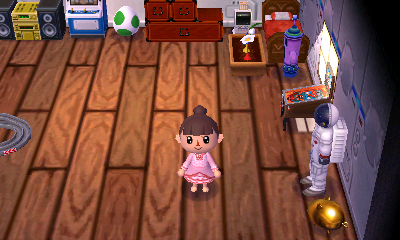 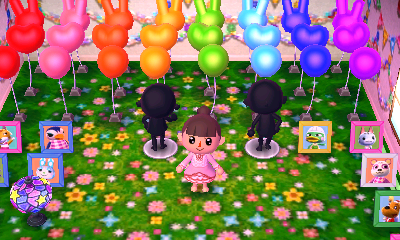 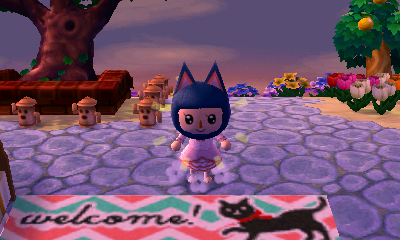 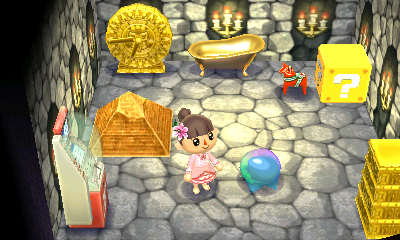 …The Fi Mask looks like a very pretty water droplet when turned around like that. Makes me want one 🙁 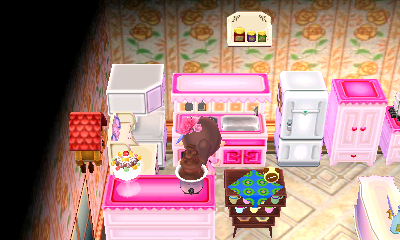 I actually had gotten mail shortly before I started dinner so I stopped on Seamstry to pick up the stuff I threw on the ground and place them before heading back to Dream Suite stuff. Of course, there was one last thing to do…

I had to visit my boyfriend to drop off Katie 🙂 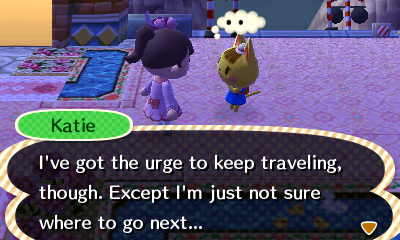 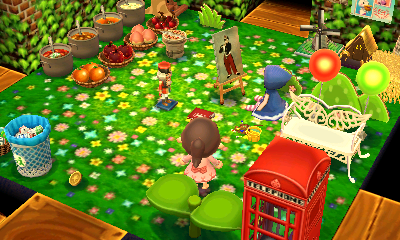 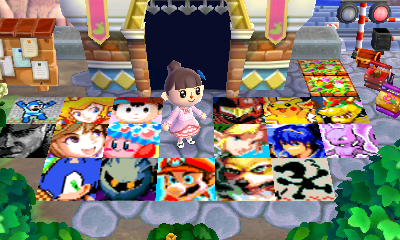 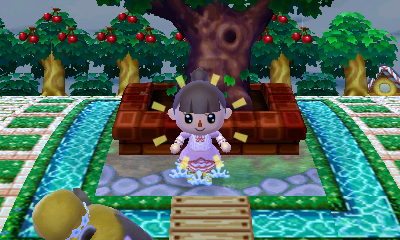 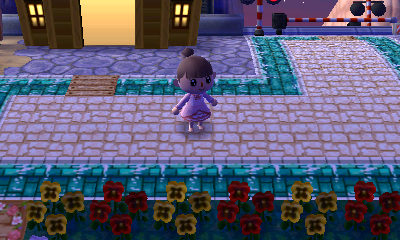 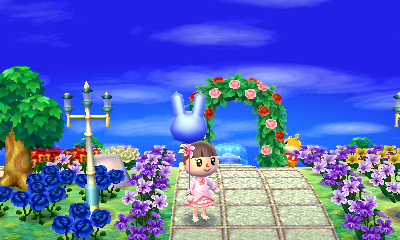