“What next?” is a question a lot of people ask me–how can I still play Animal Crossing so much when I’ve already finished quite a bit (meanwhile, here I am thinking “what are you talking about? I still have so much to do”).

Ignoring Dream Villagers for a second (although, I still need them and still need to move ones from Bellsy’s town to mine), for me, the most fun is actually having everything done. I tend to stress A LOT as I’m working towards the goal so a lot of the enjoyment of a game actually comes after I’ve finished. I’m anxiously awaiting when I can wander around town and I have all the flowers switched out, all the villagers I want in, all the public works built, the museum completed, my catalog done, and I’ve done all the events. Then I can enjoy spending some time wandering around town and chatting to my villagers and not have the giant stress of “NEEDTOGETSOMUCHDONEASAP”. Plus, lots of time for Dream Villages too <3 Anyway, getting to the actual gameplay today, I was greeted to lots of mail and Katie in the distance. 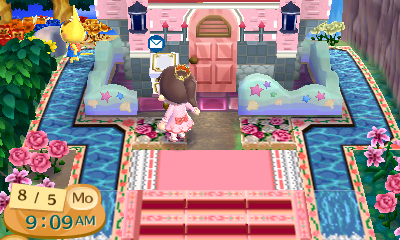 I actually don’t need any of her items anymore–nor am I sure how I got her as nobody as delivered her to my town recently, but I guess she’s a standard event.

I also made sure to say Hi to Julian due to him officially unpacking. 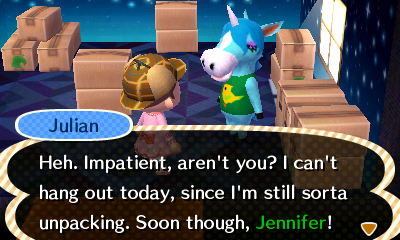 It’ll still be a while before the shops open, but at least I can get the museum and Happy Home Showcase out of the way. There was another Spotpass Mii there as expected (they seem to be coming every Monday). 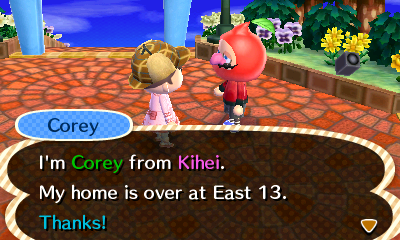 Unfortunately, despite his Pikmin 3 hat, it does not look like the special Pikmin one that Europe got 🙁 …or at least, until you went inside: 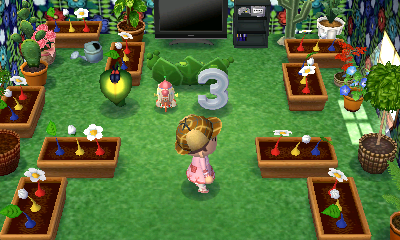 While it is different than Europe’s, he is our own Pikmin 3 house it seems…. 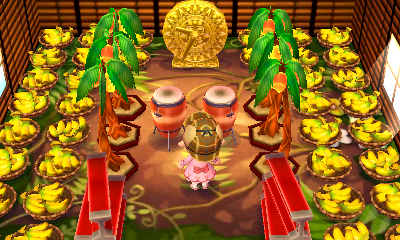 …and Donkey Kong XD Still nice! But I really wish we got the European one too at least.

I also decided to refurbish a Citrus Fruit for the heck of it: 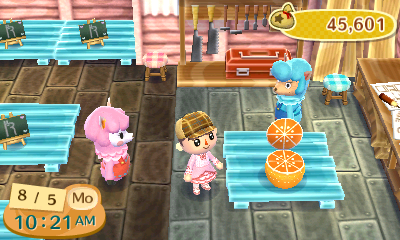 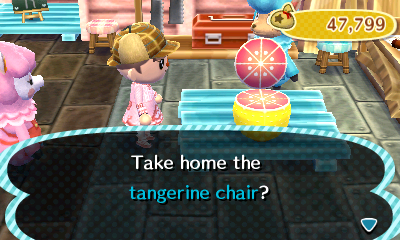 I’ll be getting one more refurbished later when it arrives.

Finally, at noon…it was time for the last emote 😀

I then went over to a friend’s and caught a lovely Stringfish: 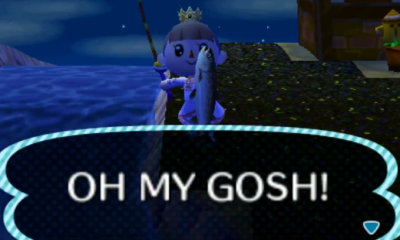 After that, I mostly just did some work on my other character’s rooms… I mostly still need a lot of furniture sadly :/ As it is, I’m thinking of maybe completely revamping some rooms… Just not sure what to do yet. ._.

Regardless, hoping to get some fun stuff done later, but for now, that’s it for today~ <3