So, after the event, and well, actually during the last bit of the event, I ended up working on trying to get a town map I liked. In the end, I settled for the beach being the opposite side of what I wanted and am just hoping I can fit the fountain on this map. I do like it though.

Day 1 didn’t really go as planned. I didn’t expect to have as difficult a time that I did with my map (to the point where I gave up) and it was a lot more restrictive than I expected (why must I wait another day T~T).

But despite my plans getting a little haywire, I actually had a lot of fun. Zed surprised me with a visit to my town and several gifts which I really didn’t expect at all. And that was followed up by Rainy and Kanilee as well and just sal;ksf;kl;lksa OMGYOUGUYS T~T But seriously, thank you all. And I had so much fun playing on the island and it was just really really really awesome.

I mean, look at how cute I am now: 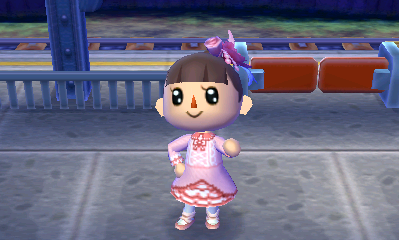 But yes, let’s go fully into details, shall we?

So, after over 2 hours of resets for a map that fit the few priority requirements I had, I just gave up and compromised a bit. I guess for compromising, the map was nice to me back giving me several of the things that were on my “would be nice, but not necessary” list such as the Town Hall, Town Tree, and Re-Tail being in the upper half, only one pond, round grass, and peaches. It does seem like I may have room to do a lot of what I was hoping to with public works as well–although, I haven’t worked out how paths will work 100% just yet. You can read more on that over here though.

I was really excited about the Tree Ceremony. It’s just a really cool moment. I would say my only regret is that we have something so monumental and can’t really choose how we look other than our face. Regardless, I loved this cute message on the Bulletin Board: 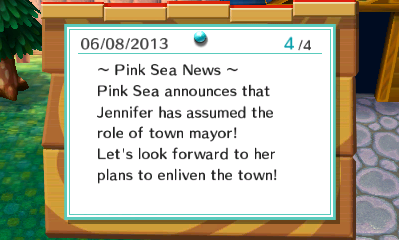 Speaking of cool moments, that brings us to the interesting mail: 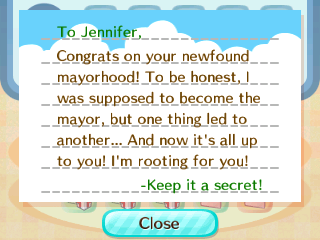 I really hope this gets elaborated more later on–I’d hate for this to be the only mail about it. For any other villagers you have move in, they get this mail instead: 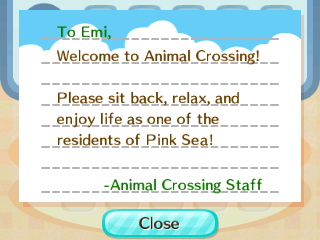 I made all 3 characters pretty quickly (although, it’ll be a bit before they look how they should) so as to reserve house spaces. I was hoping I could put all 3 together along the top, but no such luck–only Emi’s house fit up there. Maybe I could put some Community Projects up there? But I have most decided on and I can’t really think of anything that would look nice up there to be honest :/ Could try filling it with flowers though considering no houses can apparently fit. Anyway, each of the characters got their victory pose after talking to Isabelle once they placed their house:

Heading back to events, shortly after the inauguration ceremony, Zed visited! He dropped off some cool stuff and gave me a new outfit: 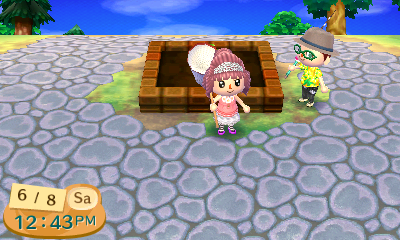 Considering I had no idea he was even going to do something like this, it really caught me offguard. I don’t think I can say thank you enough just out of appreciation.

And the surprises just kept coming–because if Zed didn’t shock me enough, Rainy had some surprises too. 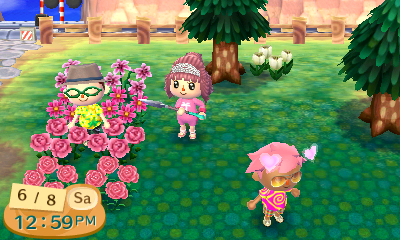 And the surprises didn’t stop. 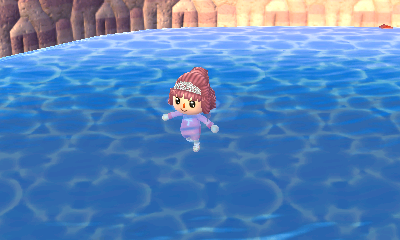 Also, Cliff Diving and Jumping off the dock = so much fun.

After much persistence and surprise help, I managed to pay off the 10K loan!: 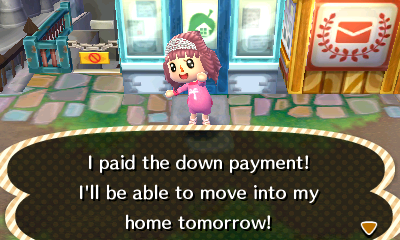 And I already have enough to pay off the first house expansion. And a bunch of stuff to sell when the shops open up.

Zed then invited me over to his island with some other friends:

And after several minigames, we went out and I somehow caught a shark: 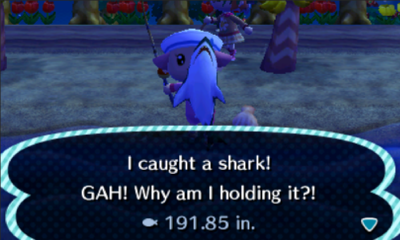 Despite seeing sharks since, I have not caught another besides that one, so I will truly say “Beginner’s Luck”. I, of course, donated the Shark straight to Blathers and to be honest, Blathers should be asking about the 2nd floor once enough time has passed–I managed to get at least one of each item per wing and donated over 30 bugs and fish. Hopefully I can get a good list together to make sure I don’t miss anything.

After the island adventures, Zed popped back over to sell some stuff: 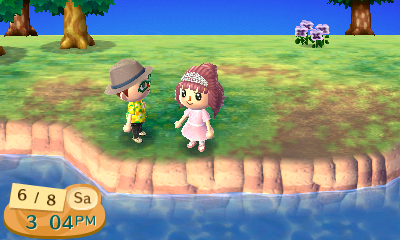 I also had a new dress thanks to a design from Kanilee :3

I then visited my mother’s town where she had a crown in stock: 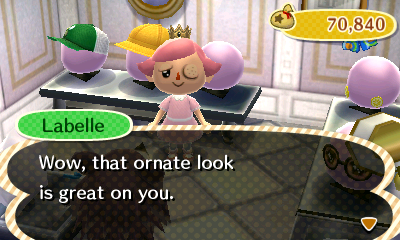 If the Bee sting wasn’t enough, that sure hurt. 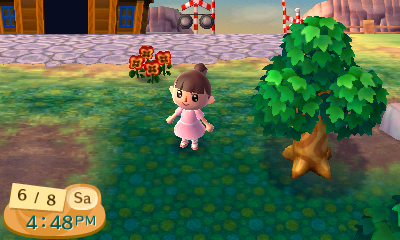 Rainy then invited me over to get my hair done. I was SO worried about screwing up since it uses scroll bars, but I managed to pull it off! I then went and worked on my first pattern plus put some stuff up for sale in Re-Tail (and all 3 of my beehives did sell for 2,000 Bells each so yay!): 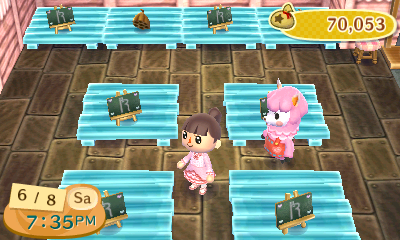 I have to say, the sky is REALLY pretty in New Leaf: 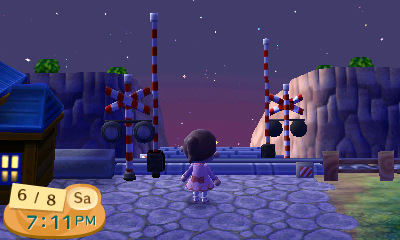 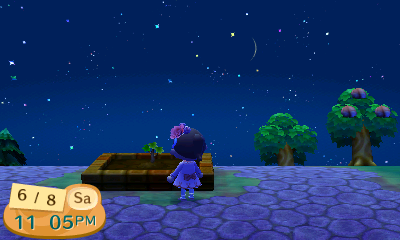 Hanging out with Rainy before we head to her island!:

On our way to the Island and various happenings:

I was really excited when I got the higher bonus! I was worried I was being really awful at the games but I think I just need to get used to doing them over just watching.

We then headed back and I had a bit of fun in her town before going home:

After that, it was really just me trying to figure out stuff to do (as Able Sister’s had closed so no more patterns) and eventually, Re-Tail closed as well. Regardless, I had fun swimming with my boyfriend and also hung out at a friend’s town for a little bit too. And it was kind of fun just wandering around as well.

And to end it, some fun with fashion accessories:

(While I have pink tulips too, they ended up coming out really odd so I didn’t take a picture)

And my current ID: 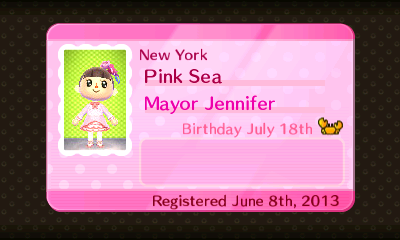 Looking forward to when I have emotions! I’d just like her photo to better show she has a ponytail.

But yes, going to try and get some rest as I played over 14 hours and haven’t slept in over 24. Looking forward to starting Day 2 and hopefully getting further!