Today was a bit of an early start–I couldn’t sleep well so I woke up around 5:30AM or so. I actually found this quite surprising as I worked my butt off last night trying to get Tammy to stay–alas, the option never showed up :/ So I’m sure she is still moving.

What really surprised me however is the fact that she gave one of my alt characters a ridiculous amount of stuff. I received at least 20-30 items (One item every few conversations) and it was really weird. I don’t know if she was cleaning out her stuff because she was moving or what.

Regardless, I turned the game on to wait for 6AM. It was then time for fossil hunting–at least until I noticed a certain camel. 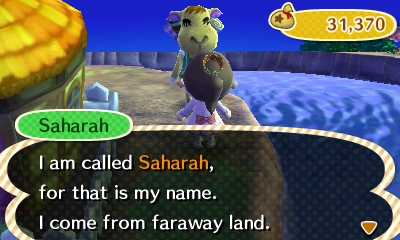 While I don’t mind Saharah, she isn’t one of my favorite characters nor do I care bothering with her. At least everything else you can get from people is guaranteed to be special (with the exception of Katrina who doesn’t give you anything except special hats when she opens a shop). It’d be nice if SHE could open a shop here over Katrina, but whatever. I just don’t like gambling games :/

Katie can be annoying too (not many items, being forced to go to another town, etc.), but I at least find the character interesting and again, the item is at least exclusive.

I’d really like to see Redd more :/ Considering it’s the ONLY way to get paintings (and statues) now. But I’ve probably seen him the least. Would also like to see Katrina considering I should only need one more go for her. I enjoy Gulliver’s game a lot too. Anyway, I received a Kitschy Wall and Imperial Tile -_- *sighs*

After finding all my fossils, I went to the Cafe where I was asked about Sugar–I picked 3. Pelly was also there. 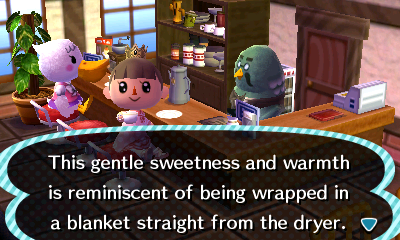 I think this is officially my favorite “Coffee” drinking quote. 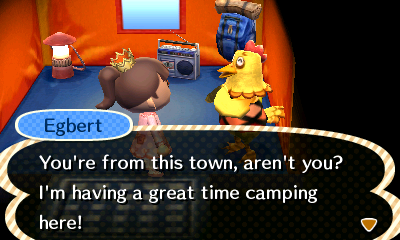 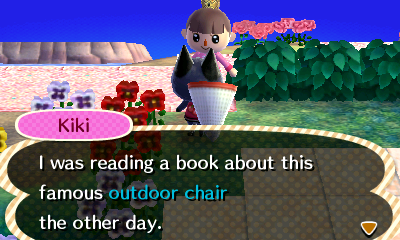 With nobody opening for about another 2 hours, I decided to head to the island to go ahead and steal some flowers. …however, after stealing 15 flowers from 1 minigames, I wanted to smash my head against something so it didn’t go well and I headed back. I did take a quick trip to Club Tortimer though to see if their items were any better–afterall, they do include normal island items and rarer items have a higher chance of showing there so still hoping for a treasure chest… There weren’t any good items, but I did run into someone. 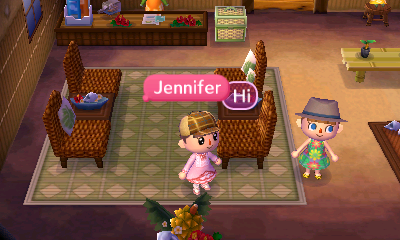 Their outfit reminded me of my own–a cute dress with some weird non-matching hat to avoid a tan. We chatted a bit and decided to do a minigame together. 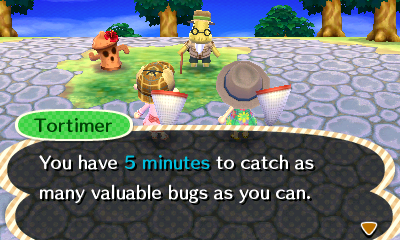 I also found getting flowers as a bonus over strictly doing a minigame for the purpose of getting flowers much less mind-numbing. After that, she left and I headed out too. 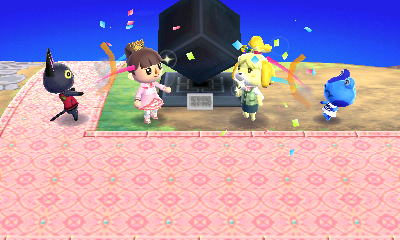 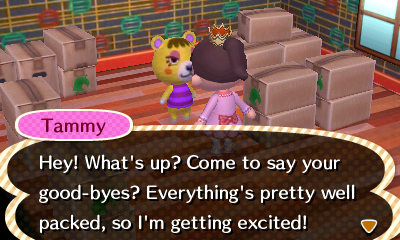 Her niceness confuses me…

But after buying something she gave me a mannequin so that explains it. 😛

Then it was time for Dr. Shrunk :3 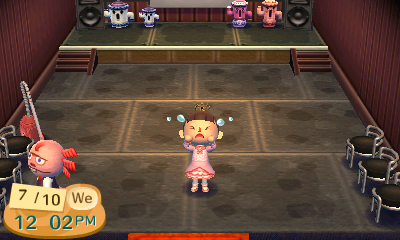 To my surprise when I left the building, it was raining. It’s been a while since I’ve had rain…and well, to be honest, I don’t miss it. Still frustrated how it ruined things the first few days. Regardless, I made my way to the Cafe to work for the day. I managed to get someone who doesn’t live in my town today.

And Dr. Shrunk too. 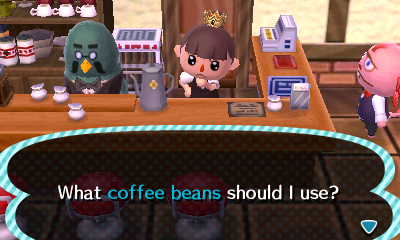 I also received another item from Brewster! An Espresso Maker.

Joey had me dig up his time capsule. In it was a Leopard tee and a message from his past self saying he hopes he has a use for it now. I received a Peacock Chair as thanks. I also find it really nice how the X disappears after you bury it until you’re asked to re-get it.

And I also did some more island-flower grabbing and on my way got to see a lovely rainbow. 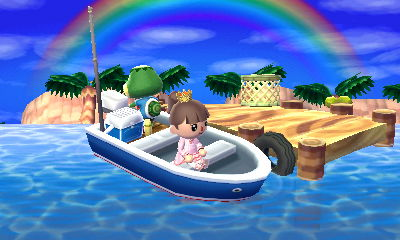 I wish it lasted longer.

To end the day, I went to Eclipsed’s town catalogged stuff plus received a few things as gifts 😀 Like this cute pink wand! 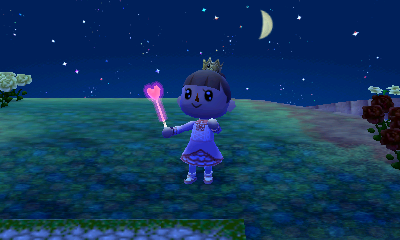 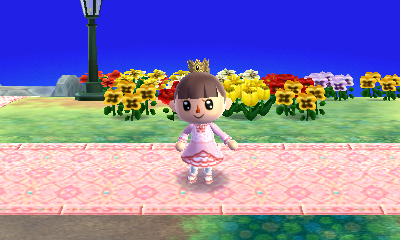