As an early start to the day, I stopped by Chananr’s for detectiving! Someone sadly stole some of his stuff (A Golden Chair, A Shaved Ice Lamp, and some other DLC stuff and a Marine Suit) so I stopped by to see if I could help. However, as luck may have it, my surprise gift for him was done today! So I dropped that off :3 We also stopped by his island to check the stock and I played in his carnations.

I also made sure to drop off Rainy’s as well <3 Just need to drop off Zed's now. Just...THANK YOU GUYS SO MUCH FOR HELPING ME WHEN I FIRST STARTED! T~T I wish I could do more to express how thankful I am for you guys <3 Anyway, it was then time to start things in my town when it officially became the next day. As expected, I was given good news right from the Home Screen: 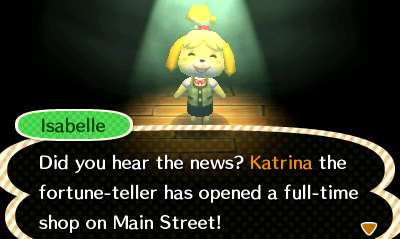 However, after grabbing a drink at Brewster’s and going to continuing to look for fossils, I ran into someone I didn’t expect… 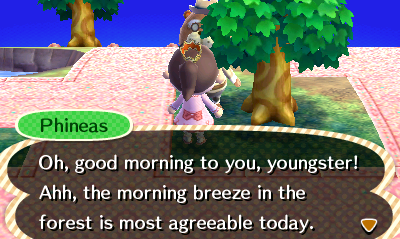 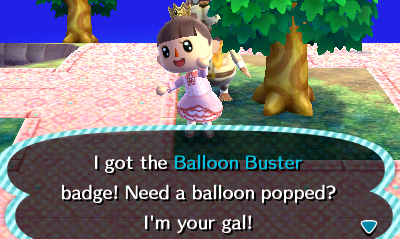 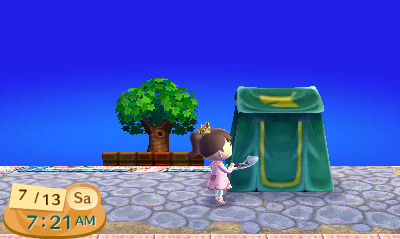 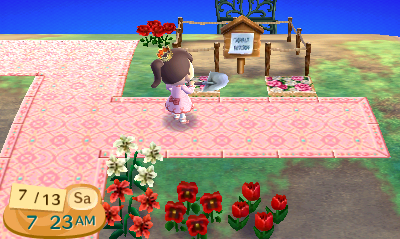 His house is where the Drinking Fountain is supposed to go AND he killed my Pine Trees… v-v; *sighs* I know who it’s from so I’m just going to say it pisses me off that even if the person moved out days ago–if they never found somewhere to go, SURPRISE. That is just cruel :/ THAT DOES NOT MAKE ME WANT TO PLAY WITH PEOPLE, GAME. At least it’s not a worse location but… *sighs* At least once I get the other parts of the park down, this kind of stuff won’t happen again… But now I have ANOTHER villager who needs to get out. This is just so infuriating. I don’t want to time travel–I really really don’t, but this kind of crud is making me feel like I need to get my town done before I can even play with people and that really isn’t fun. :/ It doesn’t help that he’s a jock so there is literally NOTHING he can offer me. (Okay, technically the stuff anyone can offer but… I have other people for that)

After another failure of fossils, I went to check out Katrina’s place. 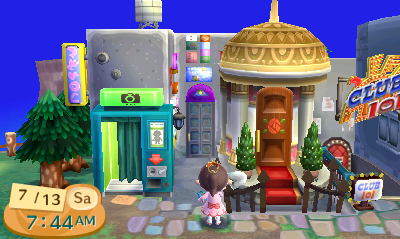 It’s pretty neat. I am looking forward to seeing her later. I hope I can get one of the special hats.

It’s also Saturday today which means hopefully I will manage to work towards the gold K.K. badge tonight. I really should’ve had it last week :/ 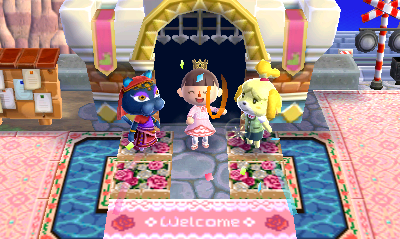 …It was pretty lonely again 🙁

After that, it was really just waiting until 9AM for certain places to open up. Katrina sadly didn’t sell me a hat 🙁 Shall have to try again tomorrow. In the meantime, I dropped off the gifts at Zed’s and then visited another friend :3

Thank you again for all the lovely gifts!

It was then onto Blue’s to drop off some stuff for her. 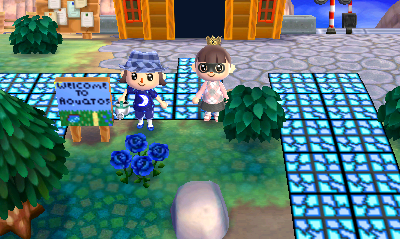 I call this my schoolgirl detective-spy-solver outfit.

Redd’s only real painting was sadly one I already had. Thankfully, Selaphi let me have her Jolly one so yay for another step closer to completion.

She also let me catalog things <3 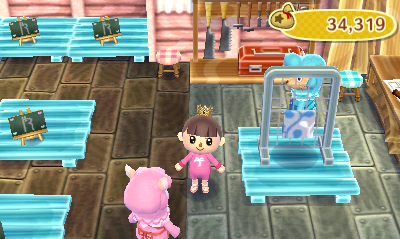 Gave Cyrus an Alpine Panel to test something though. 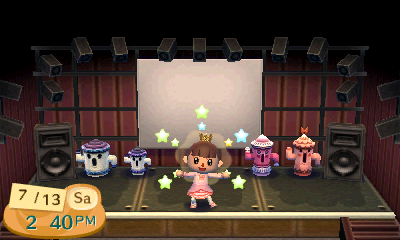 I can dance now! ANIMATION TIME:

I then proceeded to Flourish with everyone I could: 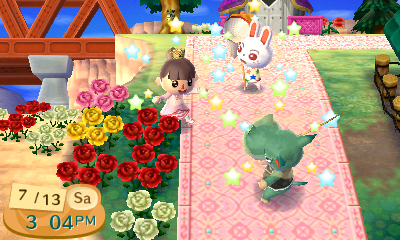 …what, no, of course this won’t happen when I unlock the special dance… (no promises)

I was trying to get Ruby’s attention, but it seems Rocco noticed me first… regardless, I’m pretty happy with this request so I don’t mind 🙂 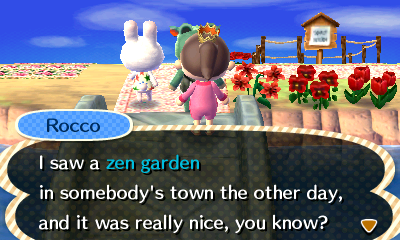 It was then off to Town Hall to place it. 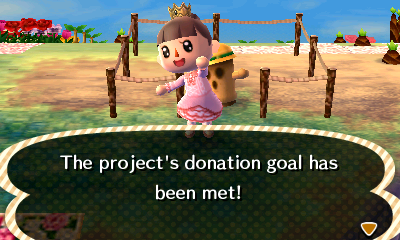 Paid it off immediately as always.

Picking up from Re-Tail… 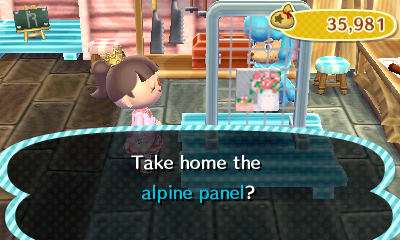 Test failed
Will have 2 more to do!

Another day of Superb Coffee Beans :3 Plus another gift! This time a Coffee Cup~

Besides that, Eclipsed stopped over to give me some stuff and my mom came over to sell oranges so that was fun~ I then went back and forth a bit at Jessie’s town to go towards her unlocking the Town Hall.

To end the night, it was K.K. Time 😀 Let’s hope I manage to get a gold badge! Of course, tonight started special :3 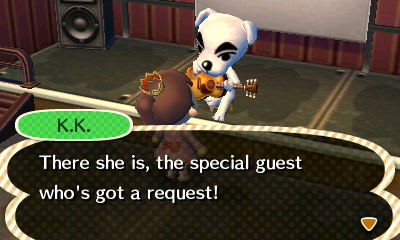 Yep! It’s my birthday this–well, technically next week. This upcoming Thursday (the 18th), actually. But yes, that started the night of songs. 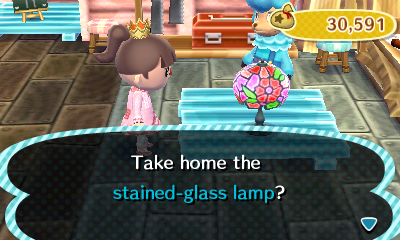 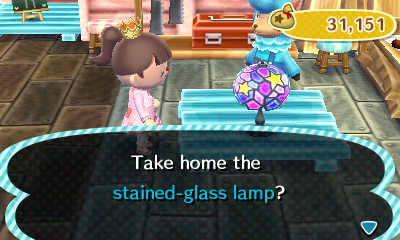 The last one will be done tonight as well, but due to feeling sick, I stopped early tonight and thus will pick it up tomorrow.

However, as I was heading to drop some stuff off in storage, I ran into Phineas 😀 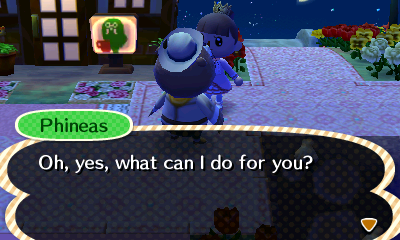 Yay! K.K. Badges complete! Now I just need to visit for the CDs I want to display on the wall and for other rooms. 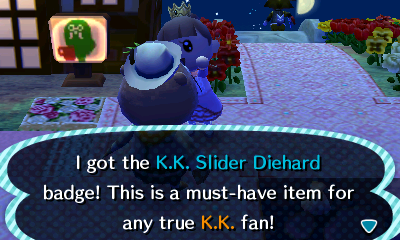 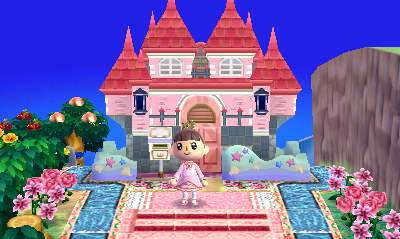