So, it was storming in my town today and my mailbox was full… I may have gone overboard with the catalog as I worked on my wishlist last night. 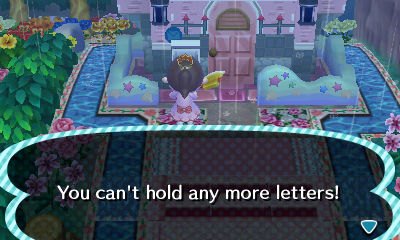 Seriously though, so tired of the rain. Anyway, I received a Digital Photo Frame from Katie and more failed stumps 🙁

On the bright side, I had Redd today. 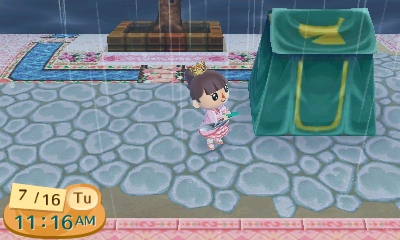 He had a real Mystic Statue so yay for getting something I need. Hate waiting a day though.

I also had a camper today. 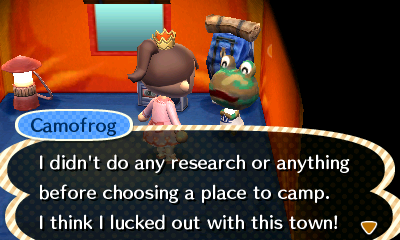 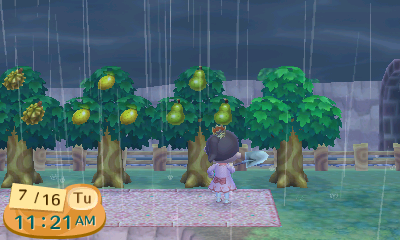 I really just want one for decorative purposes, but I don’t have the bells to keep trying for it right now.

I love that I can ask for the usual at Brewster’s now. Yay <3 YES! Finally! 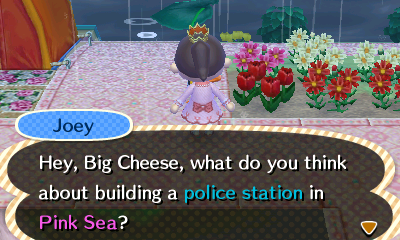 I didn’t expect a request so soon though… Unfortunately, the place I really want to put it is where Ruby’s house is… The only thing I still need from her is the bridge though and then she can move but bleh 🙁 If only I could try for more than one project a day… Even one per villager would be great. 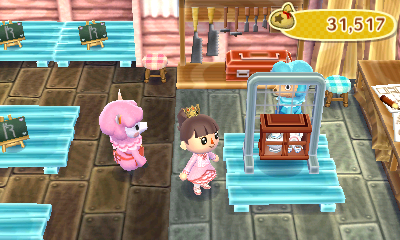 Then it was time to celebrate the Lighthouse~ 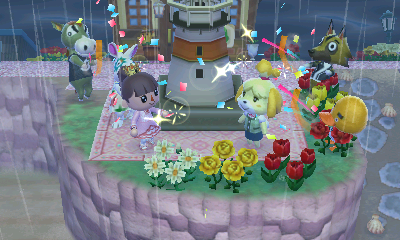 I did some checking around after to get an idea of the police station–but none of the possible locations I liked for it (with things as they are right now) had room for it… And it just doesn’t look great by Re-Tail. *sighs*

Picking up the Classic Wall Shelf…

Next was the Kotatsu :3 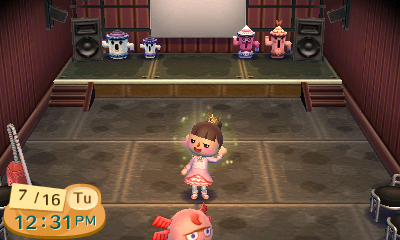 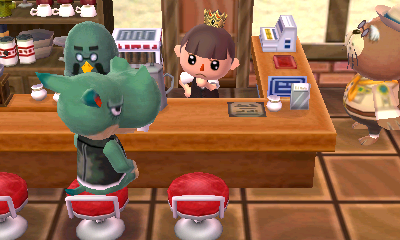 Picking up the Pink Kotatsu <3

Gave a Dolly next~

I then went to the island for a bit… nothing good on mine or really the Club Tortimer island, but I decided to do a minigame for the heck of it. I ran into someone, but they didn’t sit down to join… 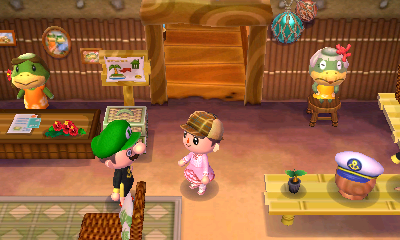 Maybe they don’t like fishing Minigames. I went back after that, but decided to try one more Club Tortimer go. I just want a Treasure Chest already 🙁 Unfortunately, it was also a failure. 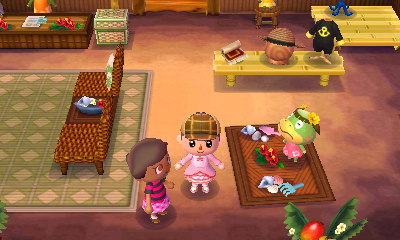 I did run into someone who tans a lot on the island though.

While I’m not up to a full Dream Village session, I found out that Nintendo’s Japanese Dream Village updated a few days ago so I figured I’d check it out. Dream Address: 0000-0100-0017 – Japanese Nintendo Village: 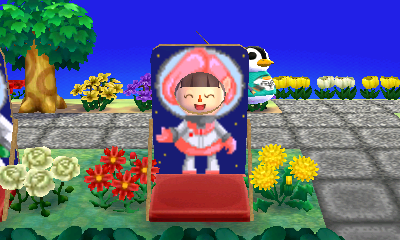 It seems to be Pikmin and Tomodachi Collection themed for the most part now 🙂 I wonder if the next theme will be a bit Zelda-themed with Wind Waker HD and the 3DS game.

Picking up the Donut Stool~ 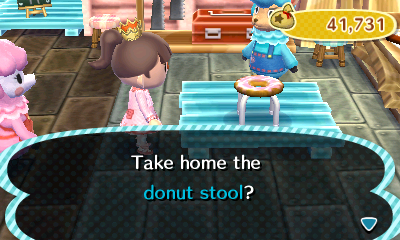 And gave him the last item to refurbish for now–the Capsule-toy Machine.

With not much else to do, I decided to do some island hopping. 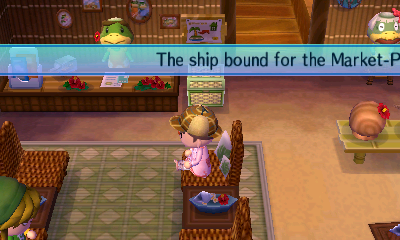 Ended up meeting one person and we did a minigame together.

Picking up the Capsule Toy :3 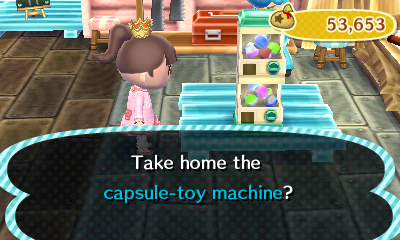 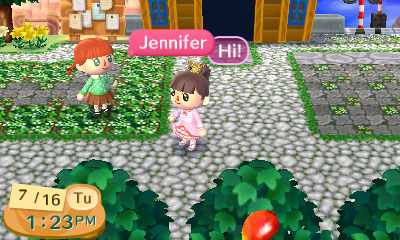 I got to catalog lots of stuff too 😀 She also came over to have a tour of my town after.

To end the day, I actually received a lovely invite from Michelle for some of the items on my wishlist! 😀 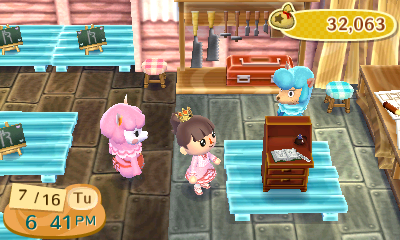 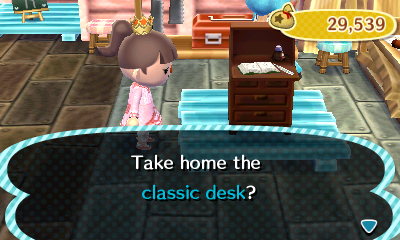 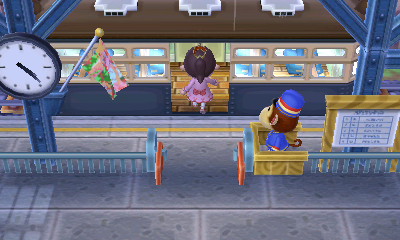