So, due to allergies sucking, I happened to be up at 6AM and thus, playing commenced. I had a letter from Ruby as a thanks for showing her my house [again]–she gave me a Sprinkler.

I’m starting to think my friend was telling the truth about more requests once your town hall is done… Seriously, it was officially finished today–I just walked past Kiki and boom, bling with a request: 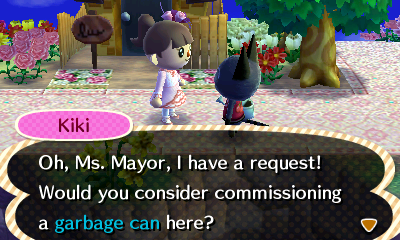 Unfortunately, not one I wanted from her though. 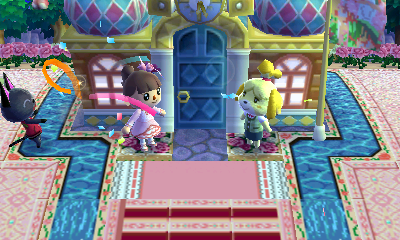 Isabelle’s message about it being right outside and starting now (SURPRISE!) was adorable. I need to stop being like “Well, I’m only going to stream for a little bit then so it’d be silly” because then cute things happen and I miss them and it makes me sad 🙁 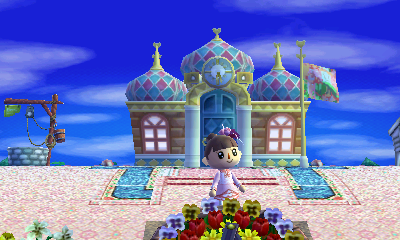 And as predicted, I was right. 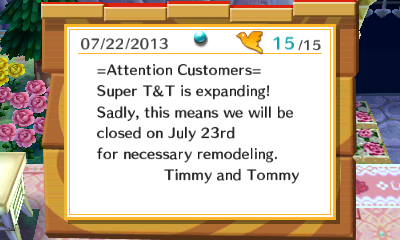 Eclipsed invited me over to Skcoddam’s town so I could catch a Snowflake for my “collect pretty things” collection :3

She also had bushes for me <3 But yes, unfortunately I can't store it T__T At least we will have this memory... Anyway, it hit 9AM and I received the last thing I was waiting for from the mail to refurbish. I also picked up the Exotic Wardrobe: 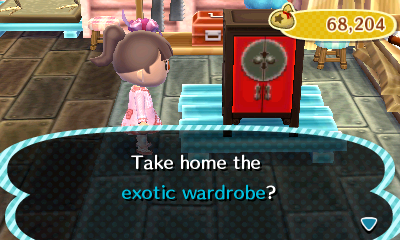 And thus, gave him the last lantern. 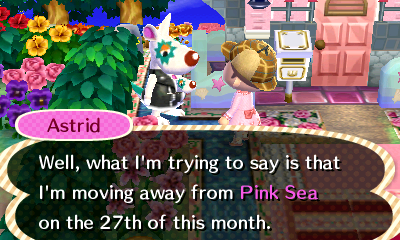 Picking up the final lantern~ 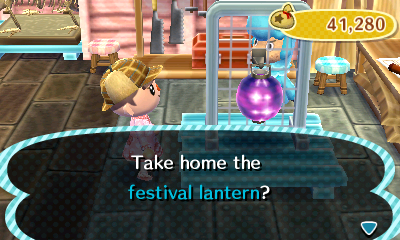 Then I took a bit of a break before I fell asleep on my 3DS @-@ Need to make sure I try getting more requests though… I need to have Ruby request before Astrid moves out.

Unfortunately, my break lasted longer than I wanted -_- so now it’s a lot of scrambling… on the bright side, Tanning is over for the day.

Aeo let me come over to catalog some Gracie stuff so yay 😀 So close to having that set all catalogged! I then proceeded to rush over to see Dr. Shrunk as I still needed my emotion for the day. 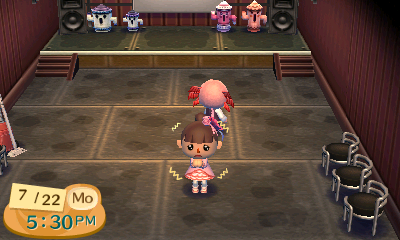 While up there, I heard there was a new SpotPass house so I stopped by the StreetPass area. 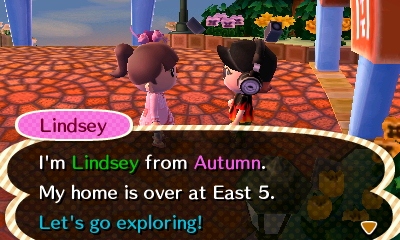 Hi person through SpotPass! Her house was pretty neat so I made sure to order a few things.

It was then off to work for Brewster. 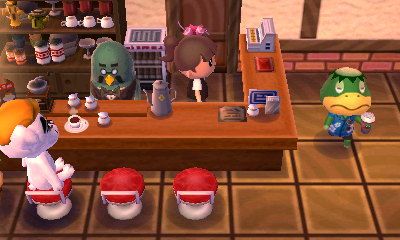 Besides the best coffee beans, Brewster gave me the first of the Gyroids he made 😀 A Tall Brewstoid~

It was then time to try and see if I could get another request… In the meantime, a Silver Slingshot came swimming with me. 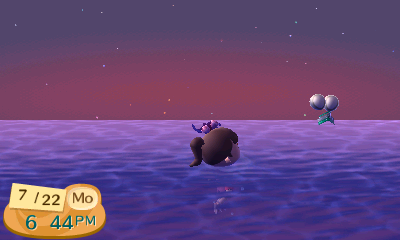 I decided to stop there :/ As I was doing this and while I am excited Astrid is moving, I’m also really paranoid. What if I don’t get it? What if I trigger another neighbor by mistake (so making my boyfriend turn off his wireless so we don’t streetpass) or something… As it is, I’m worried about the one area that I will have to wait until April to finish. I just feel so stressed out and upset about this 🙁 I wish you could unlock them other ways besides Animal requests–or if you met with a friend who had different public works, you can pay to unlock those or just SOMETHING. I just want to have the stuff requested and placed where I want so I can work on the villagers I want… But all I feel right now is stress and motivation and it’s bothering me like crazy and I’m just stressed beyond reason ._. I don’t care how stupid or silly it is–I just can’t deal with it :/ I hate the room limits, but I can still deal with that, but this is just really getting to me.

Anyway, I had wanted to do some Dream Suite stuff, but due to the above I just…am not in the mood to play anymore today so that’s it for today. 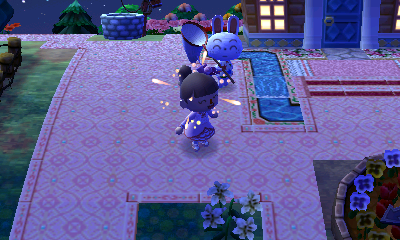 This was actually really hard as nobody is really my favorite and the only one I really dislike is Astrid (with a small grudge against Phoebe) so… Regardless, I hang out with Ruby the most so I took a picture of me with her.