So, today started a bit accidentally… Just as a note, if it’s late and you’re tired, never try and fix the time because it’s off by a few minutes. Since it was technically the next day and just not 6AM, my trying to fix the clock resulted in me accidentally going back and forth to past 6AM and post 6AM of today X__x 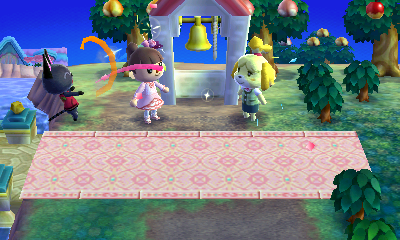 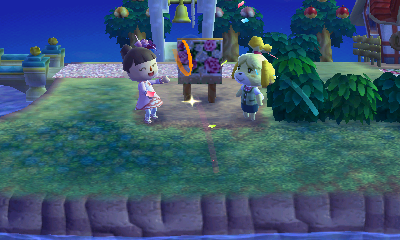 I did, at least, get some public works done, but I guess I feel bad about it. I did absolutely nothing else though. Once it did hit 6AM, I celebrated my final sign… 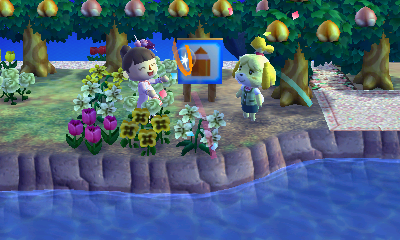 I currently have 4 laying around and 6 projects I want to build which means I can only build 2 more before I have to start demolishing… I need to hope I can get everyone in and the people who’s houses are where I’d like to place facilities (Ruby, Kyle) or nothing in particular (Rocco, Kiki, Joey, Jeremiah, Miranda) go first. So, I probably will hold Buck and Phoebe for a bit–maybe even Kyle as well. Just need to get the Public Works already… I need to do Phoebe first as the two I need to place (to fully start moving people in once said people start moving) are from her. The last things are from Kiki (2) and Joey (1) with the last one being Weeding Day where that sign will remain until April… Hopefully I will have everyone in long before that point. I just really hope everything works out.

Anyway, I’ll be away for work again so entries will be extra short, photos may stink, and I probably won’t stream much (and if I do, without sound), but I still will do my best to update.

Unfortunately, I’ve ran into two rather big issues.
1. Phoebe is sick
2. Miranda is moving on the 4th – This one isn’t so much a problem as it just cuts time REALLY close. Sickness takes 3 days of medicine to cure which means Phoebe will HOPEFULLY be back outside on the 2nd… which gives me 2 days before Miranda moves to hopefully get the public works from Phoebe and place them. It’s just… a very close call and if I get below 8 before this (as I need to move someone in), I could get a random neighbor that may place their house somewhere awful and bleh 🙁

I just really hope it works out…

On the bright side, I finally got the Heart Stump! 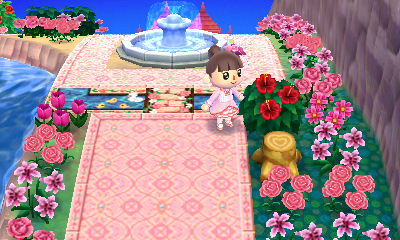 So I just need to work on the Pine Tree Stumps I want (Flower + Music Note) once Buck moves. 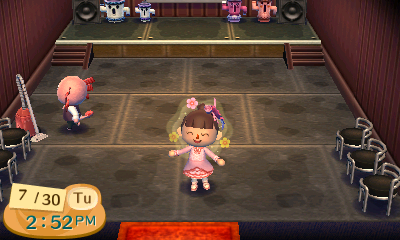 Finally @-@ Just 5 more emotes to go before the dance!

I then dropped off the last Best Buy DLC (well, unless they do another set) at Re-tail to refurbish pink :3 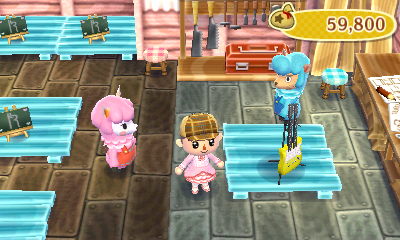 It was then time to work at the Cafe~ Tortimer was the special guest :3 I also received the last Gyroid which means I now have all of Brewster’s items and no longer need to work there! Yay!

I then went to check the island and while it didn’t have any of the new items I need, it did have the Mermaid table and I need 9 of them for a room I’m planning. 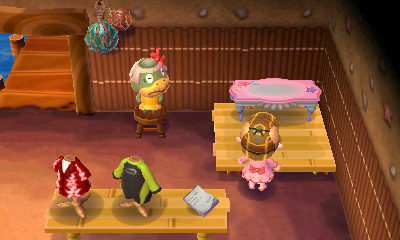 I could only afford 1 right now, but definitely doing medal grinding for 300 more medals to get the other 8 later. I’d do it now if I didn’t have to get things packed and pay off character’s loans first.

Picking up the guitar~ <3 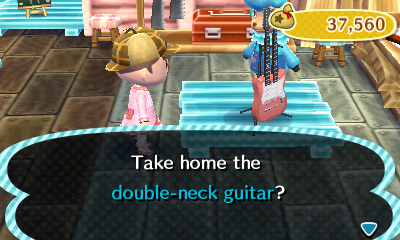 I gave another Festival Lantern next to make with the Lotus clothing pattern. It came out really nice: 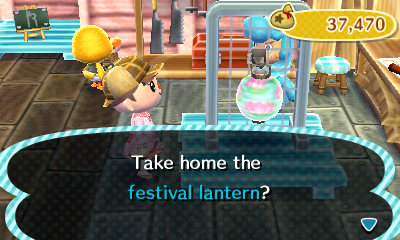 Anyway, after that, it was just doing island games and then I plan to try and get a Public Work request in the car. :3 So if anything comes up, I’ll edit this when I arrive at the hotel! 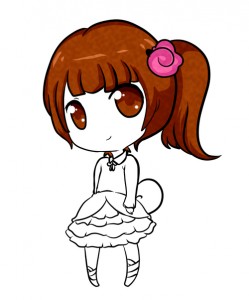 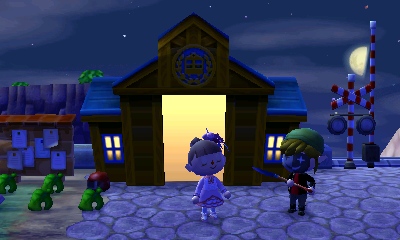