So, today “started” with me having nightmares about house placements. THIS SHOULD NOT BE SOMETHING NIGHTMARES SHOULD HAVE TO BE ABOUT. Thankfully, it seems Julian didn’t park too badly. 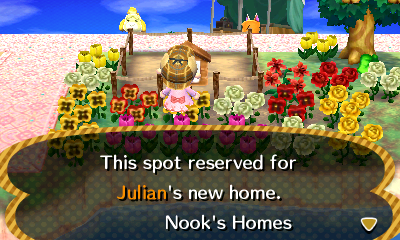 This is also the first Sunday for Fireworks. 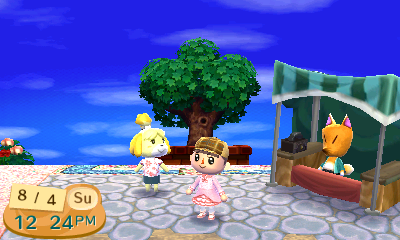 I submitted some designs so I’m looking forward to seeing how they look in the show.

It was then over to Re-Tail to drop off the first Modern table to refurbish with Sapphire. 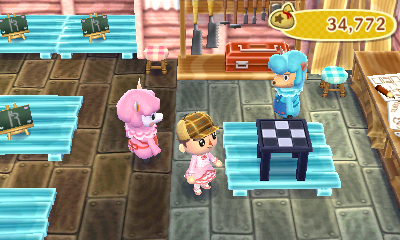 They are both (or at least one is) temporary, but oh well.

Rocco will be moving on the 9th! 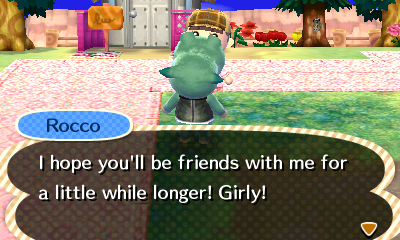 Once he moves, I will be bringing Flurry over from Bellsy’s town… just need to make sure the date never hits before then. Otherwise, I may have to speed up the move date 🙁

I then headed to see Dr. Shrunk. 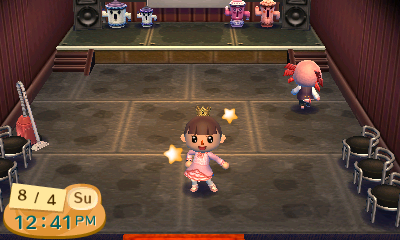 The Showmanship Joke! FINALLY! Took long enough XP The next time I see Dr. Shrunk, it will be dance time!

And I finally got a golden axe!

Despite having one already, I’m happy to have triggered the event.

Picking up the table~ 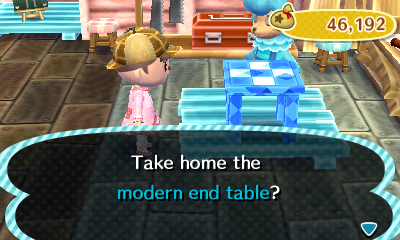 After ordering some things and the usual shop clearing, I decided to stop by the island in my continued search for the last 4 items I need. Unfortunately, no luck nor any good medal earning games 🙁

VillageDweller invited me over for some early fireworks.

Passerby let me come over to give me a bunch of stuff I still needed 😀 I decided to refurbish the guitar: 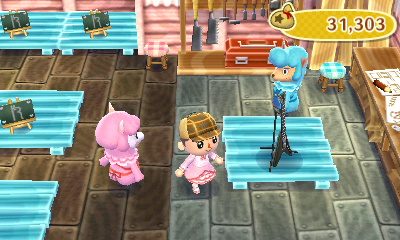 And picking it up: 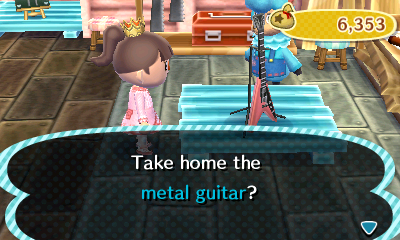 Thanks to a very nice person on the Belltree forums, I FINALLY got Diana! However, this puts Bellsy’s town at 10 people with Flurry being the one moving out soon… Unfortunately, I will not have Rocco out until the 9th :/ So hopefully I won’t have to speed up his move… but if I do, it’s due to Maple being ready or Merengue, Molly, and/or Marina being available–as those are the last 3 I need and it seems they are the hardest to get @-@

I then went to refurbish the Hour Glass: 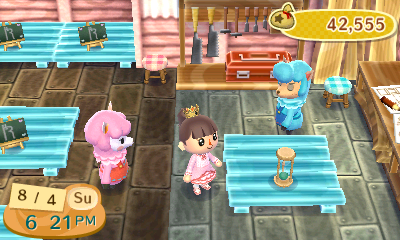 If it looks bad in pink, I will probably make it white. 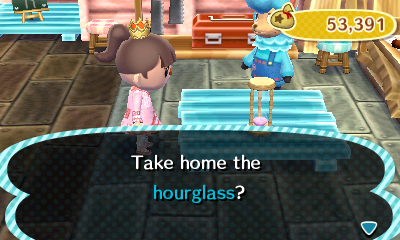 To end, video of the fireworks~ And some pictures with Isabelle: 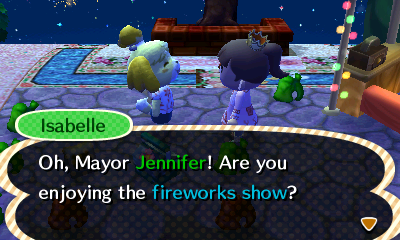 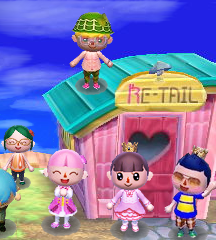