Today started out a bit late which always stinks during a game with real time. I was greeted with mail containing my glass display cases . And rain. again. When you’ve caught everything you can during the rain and most stuff only appears when it’s not raining, the rain can be quite frustrating. It’s also messing with my pink flower breeding.

Anyway, I headed off to start my chores and was greeted by Joey who wanted me to bury a time capsule. 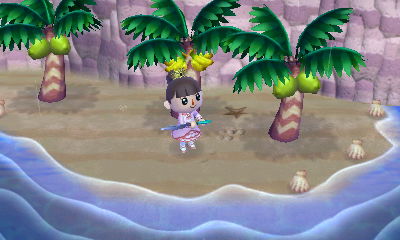 I put it on the beach.

On my way back to him, I found a lost item!

It turns out it belonged to Kiki–the poor Kitten who lost her mitten.

I then went to pick up my Chaise Lounge. 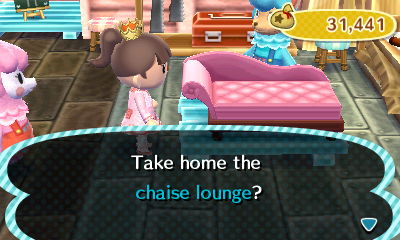 To be honest–the pink doesn’t look that nice.. I expected a lighter shade :/ I’ll probably change it back to White.

For now, I gave him the Apple TV to make Ruby. 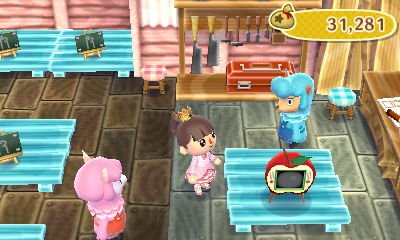 In the meantime, I’ve been thinking of possibly deleting and recreating Sir. My boyfriend ended up getting the same face as him (despite debating on getting a different one) and it’s just kind of weird. I haven’t spent much money on him, but I’d be worried about losing the house placement/possibly not being able to put it there now and it would just be annoying to recreate.

Apparently there will be a sale at Timmy and Tommy’s shop at 5PM…I will probably buy everything before that though. Unless there’s new things on sale then. I’ll check at least.

Anyway, only one of the 4 fossils were good and none were Apato so that stunk 🙁 The fossil I got did complete another Dinosaur though so yay. Also, thanks to the Glass Cases, my Plants and Minerals exhibit is coming together a bit more. 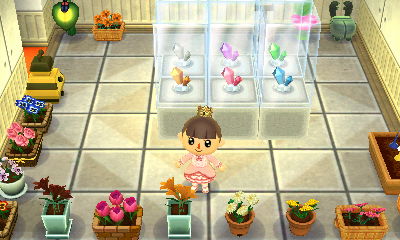 Just need to get a few more flowers and the proper wallpaper and flooring.

I then went and saw Nook to pay my loan…and remembered I should probably work on sorting out my Basement’s layout. After paying off my loan, I went and asked my Trophy Room to get bigger. I should go order more Rococo Dressers…

It was then onto Streetpass (while also buying out some stores) where I was surprised to see Reggie again! 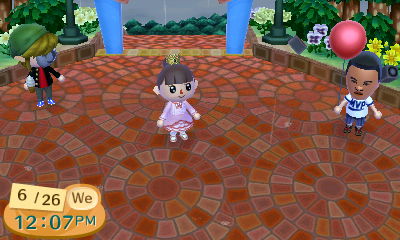 I received Vanilla Soft Serve from Mark and a Red Balloon from Reggie. I went and ordered a few more things from Reggie. Note to self: Order Watering Trough from Upstairs first tomorrow. END_OF_DOCUMENT_TOKEN_TO_BE_REPLACED

Read the rest of this page »